Get fresh music recommendations delivered to your inbox every Friday.
We've updated our Terms of Use. You can review the changes here.

A Girl Is a Gun (Music from the Original Series) 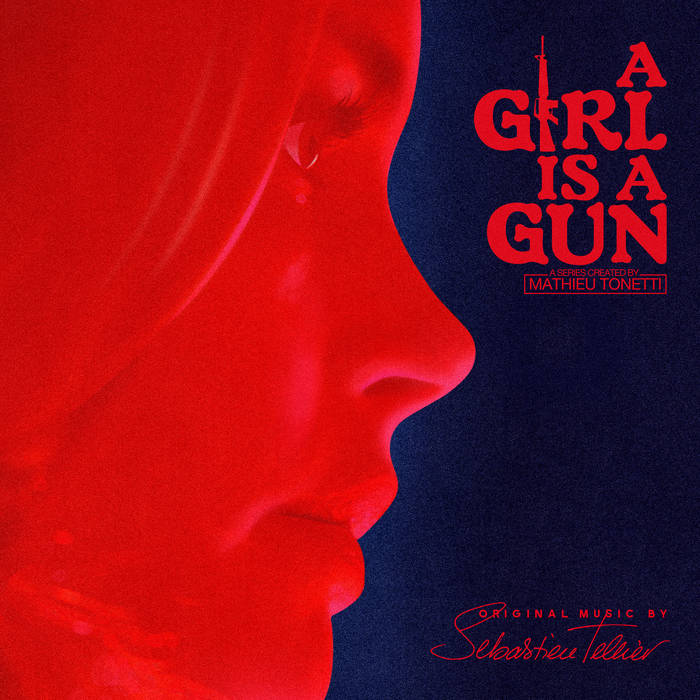 Jen Anything by Tellier is an automatic purchase for me. Now I need to see the series! Favorite track: Chrysalis.

Spun Out Of Control

Sebastien Tellier and Mathieu Tonetti have a long story together. They befriended in their teenage years, spent loads of time together watching films like “Starship Troopers”, listening to music and creating. One was a musician, the other was a film maker. Tonetti shot Tellier’s first video for “Universe” from Tellier’s first album “L’incroyable vérité” (2001).
“A Girl Is a Gun” is Tonetti’s first long feature, actually a series of 10 minutes episodes to air on BlackPills Oct. 16th. It was very natural for him to ask Tellier to score the series, as he knew he would understand what was needed for his erotic-feminist series starring the one and only Denise Richards, of… “Starship Troopers” fame!

In his unique style, Tellier created a 80s-inspired score made of synth and guitars. He sang on “Lovely Blonde”, and used some sounds from the series in his creation. The recordings were made with the precious help of an expert of the genre, Tahiti Boy a.k.a David Sztanke.
The “A Girl Is a Gun” album is more than a score, it reminds the listener of some classic film-inspired albums such as Air’s “The Virgin Suicides” or Tangerine Dreams’ “Thief”.

It follows three women (Santa Fe, Nenuphar, Vegas) living in Los Angeles who go missing, creating a wave of panic in the city. While the police suspects a serial killer is behind the disappearance, the three women have actually joined a secret guerrilla camp, "where they train to avenge the injustice of a misogynistic system that humiliates and exploits women."

Sebastien Tellier is one of the most significant French artists of the last decade. He is the 2000s’ romantic dandy, a real icon proved by his musical genius and his charisma demeanor though enigmatic nonchalant style and his sense of fun.

Bandcamp Daily  your guide to the world of Bandcamp

Quelle Chris joins the show to discuss his most recent release, "DEATHFAME"